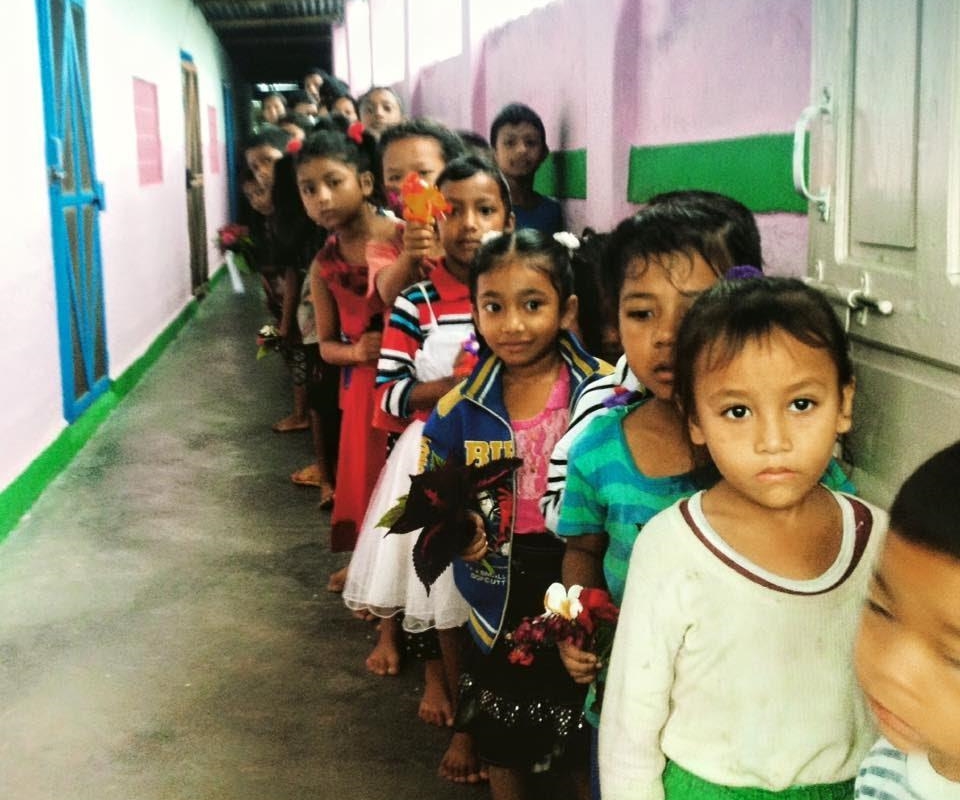 Founder of Building Education, Wendy Shew, met Tej BK on a bus while she was on her way to trek the Annapurna Circuit in the Himalayas.
He told her that he was Director of an education center located in the slum area called Joint Effort for Poor Children and it would mean a lot to the children if she would come and visit.

After the trek on February 15th, 2016, Wendy went to go visit the education center only to find that it was badly damaged by the April 2015 earthquake and the children were studying in a center that leaked water and was ready to collapse at any moment.
Since volunteering just a few months before in earthquake disaster relief for the same earthquake, she decided to help.

The JEPC Education Center rebuild is what later turned into the Community Development Project.

Wendy decided to fundraise for the project and began to invite organizations that she had worked with previously to support. She teamed up with New Hope Charitable Children’s Home and together they began to work out the logistics involved to have the center rebuilt.

They employed the local community and parents of the children to complete the rebuild so that they could create a sense of ownership and provide jobs, fueling the Nepal economy.

JEPC, Joint Effort For Poor Children, is an education center that provides tuition hall and food to 70 children daily. Tej B.K. is the director of JEPC and he gathers the children from the area to attend tuition twice a day from 6am – 8am and 3pm – 5pm.
Because many of the parents are unable to care for the children, they leave guardianship to Tej who ensures that they children go to school daily and have food. If the children attend JEPC Education Center twice daily, JEPC (funded by Building Education) provides the finances for admission fees, uniforms, school books and materials. Often, food and medical costs are also funded by Building Education.

Since the rebuild, JEPC has expanded to 2 bathrooms, an indoor kitchen and grown from 30 students to 70 students. We hope to continue expanding so that we can take in more children in need.